Everyone could use a little experience, but double is even better! That’s what has drawn me time and time again to the Canadian duo who call themselves Double Experience, a band who embraces its nerdy side and has built a following with songs about games and pop culture. And now, after a string of stand-alone singles, they’re back for more with their first concept album, Alignments.

We are so proud to reveal our new album, “Alignments”. As our first concept album, we’ve arranged it into 3 separate parts (Neutral, Good, and Evil) to demonstrate its underlying story. The first EP is available to stream on Nov 15 and includes the debut single, “New Me”.

In the RPG that is your life, who holds the dice? When thoughts and prayers are as disposable as this week’s pop culture, where are the lines between reality and fiction drawn? Is this state of disarray all according to someone’s plan? We can assure you that the soundtrack to these end times is kick-ass, but we’re dying to know…

Alignments consists of three EPs, released over time. You can start your adventure now by streaming Neutral, and pre-ordering a copy of Alignments right here! 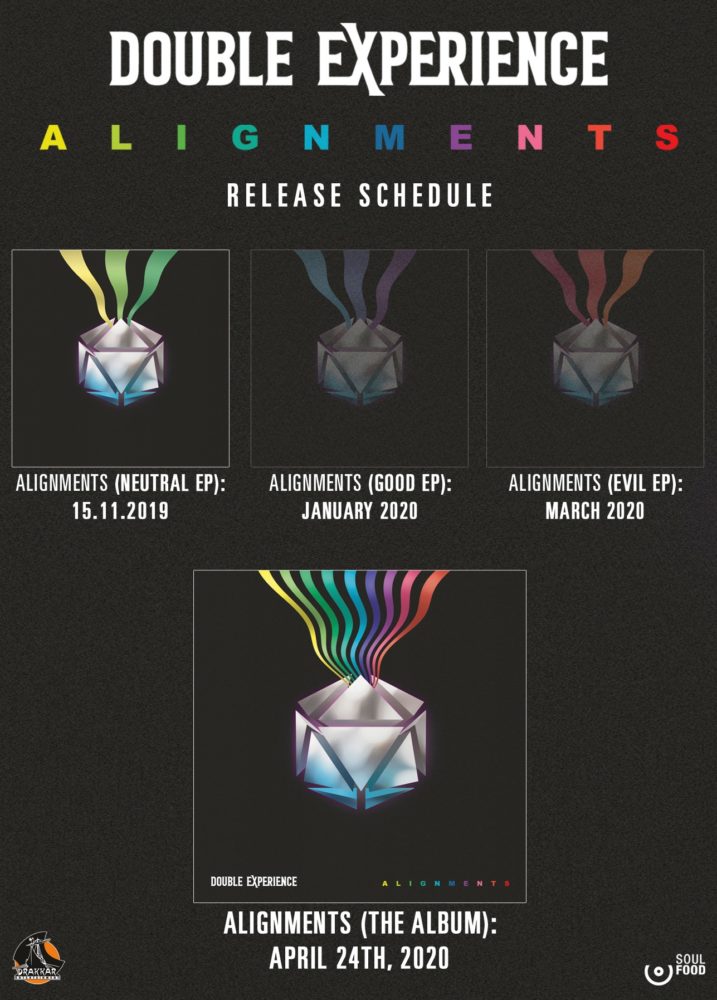